Confident of the beauty of the territory and what it has to offer visitors, the provincial authorities have joined with various organisations operating in the area to draw up four itineraries that will allow travellers to discover intriguing new destinations. Four different itineraries that present the varied vocations of a little-known territory just waiting to be discovered. Intelligent tourism accessible all year-round in the heart of Lombardy – ranging from the plains to the hills and the Appenine Mountains, a voyage into the history, the culture and the natural beauty that lies just around the corner. 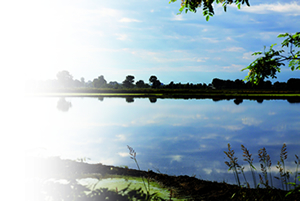 A place like the province of Pavia has seen many forces model its territory. Its fertile nature extending from the plains to the hills and the Apennine mountains, rich with water and crossed by the rivers Po and Ticino, place it in some ways at the centre of Europe and it has naturally become a historical crossroads for fundamental events in Italian history.

The Guida – 4 itinerari turistici nella provincia di Pavia attempts to offer a key to interpreting what we have called the ‘principal players’ who have created this territory, reciprocally influencing each other: they are described in the introduction to the Itineraries, as subterranean threads that link and enrich the tourist experience.

Amongst these principal players, the Longobards hold an important place: their presence and their history represent an unicum that only the province of Pavia can boast.

Here therefore are the principal players the tools for using a guide to observe the territory and to love it with the same passion as those who live there.

To rediscover the civilisation of the Longobards today is to understand how the culture elaborated by the Romans could transform and regenerate itself throughout the middle ages, revealing itself to us today. Anything but uncultured, the Longobard civilisation was heir to the political and cultural traditions of the ancient world and was centred on Pavia!

Taking inspiration from the four faces portrayed on the arms of this Longobard cross in sheet gold held at the Civic Museum of Pavia, we have designed the symbol that marks the presence of important Longobard heritage along our itineraries.