The greenway covers an extensive section of the Oltrepò Pavese along the river Staffora and the track of the old Voghera-Varzi railway (which forms the backbone, reaching the entire Upper Staffora Valley) and connects the nearby territories, which, although not directly touched by this cycle and pedestrian trail, are profoundly linked from a tourist and environmental point of view. The Voghera-Varzi trail: starting from the Voghera velostation we pass through the villages of Codevilla, Retorbido to reach Rivanazzano Terme; it is then possible to continue on the urban section through the town of Godiasco and the section from Ponte Nizza to the hamlet of Molino del Conte.

The Province of Pavia has set up Ti-Po, an intermodal project to promote tourism in the riverside communities. The use of bicycles and boats makes it possible to explore the territory that flanks the rivers Ticino and Po, combining the joys of cycling with a boat ride. 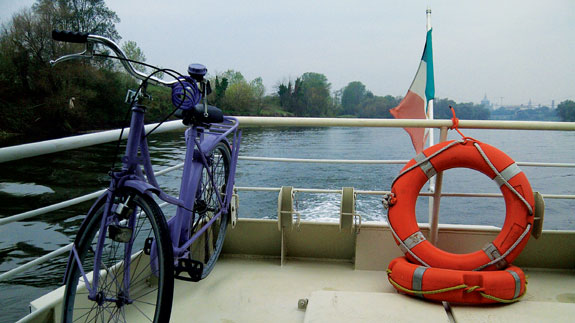 The Via Francigena comprises the roads and paths that in the middle ages left Canterbury in England, passing through France and reached Rome, the centre of Christianity. For centuries it represented the link and the channel for communication and cultural exchanges between the European regions, anticipating by thousands of years the European Union. In 2004 it was awarded the title of European Cultural Route by the European Council.